Joey and the Wrong Name

Joey is nominated for a Daytime Soap Award for his death scene on Days of Our Lives. (For the record, he was stabbed.) He is also presenting the award for Best Supporting Actress, and a problem arises when his inability to correctly pronounce one of the nominees’ names leads to his saying the wrong name entirely. Meanwhile, Gina struggles with the fact that she is dressed unlike herself for the event. 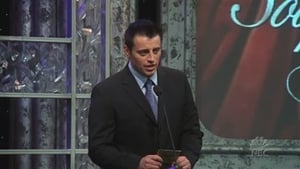